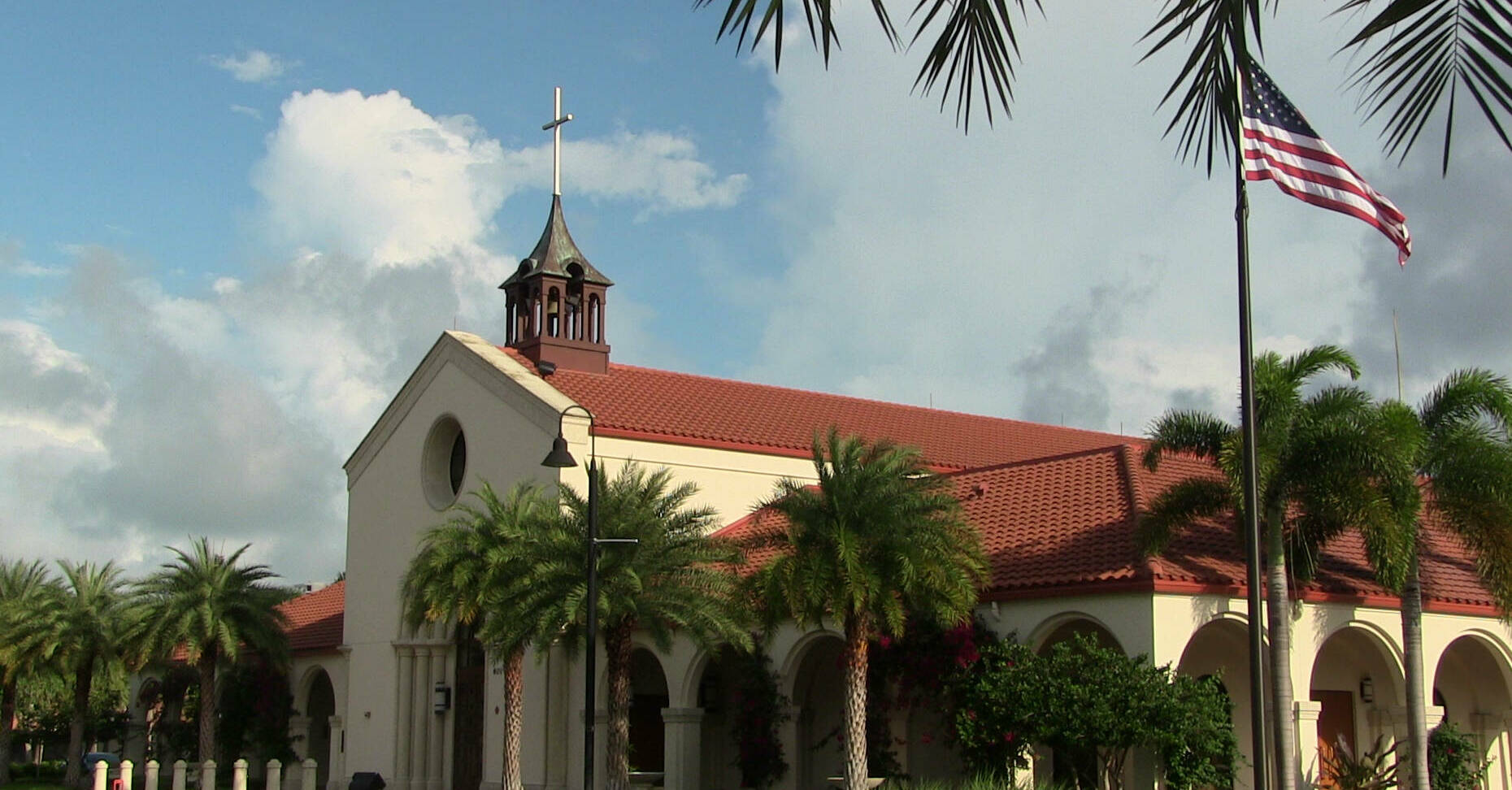 The Ministry Center is at 750 Seagate Drive (across/South from Saks) and the Church Hall is behind the main church at 650 Seagate Dr (across/north from the elementary school). 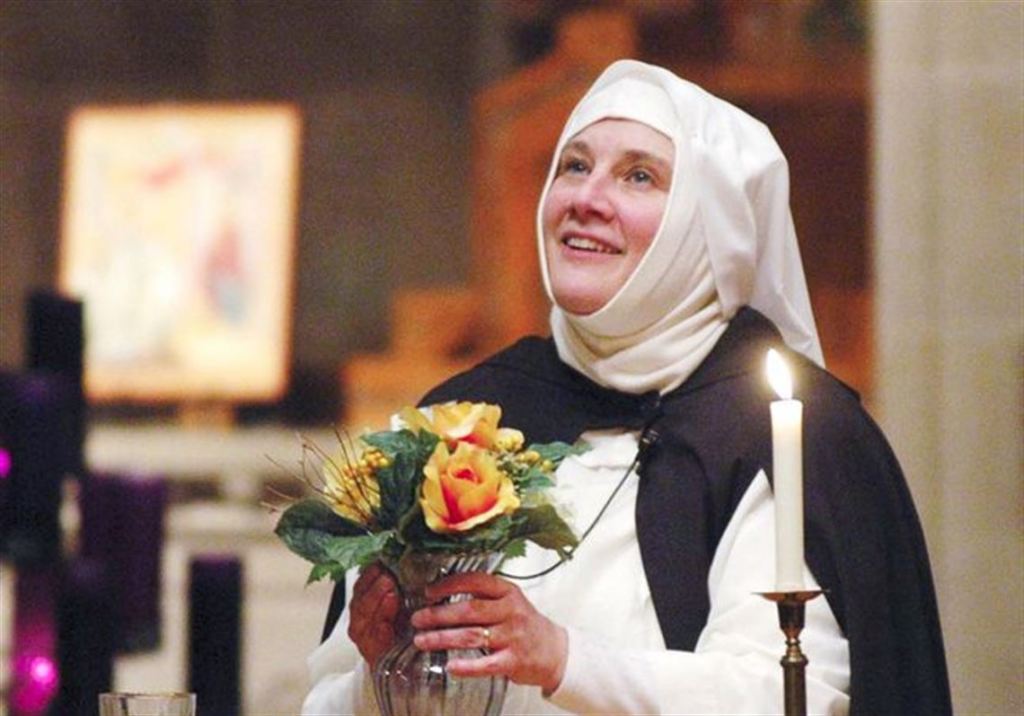 CATHERINE OF SIENNA: A WOMAN FOR OUR TIMES

Sr. Nancy Murray, Dominican nun and sister of actor Bill Murray, will be coming to St William to perform her one-woman play on ST CATHERINE OF SIENNA: A WOMAN FOR OUR TIMES.  How needed and timely will this be!  A freewill offering will be collected after the performance.  Click here for more information and reviews from her website.

Nancy Murray, OP, is making her mark on audiences across the country and throughout the world, bringing to life the 14th century saint, Dominican St. Catherine of Siena, Doctor of the Church.  With simple props and a fertile imagination, Sister Nancy portrays Catherine as the colorful, strong, passionate and enthusiastic personality that she was. Churches, schools and organizations of all sizes will enjoy the inspiring story of Catherine's fierce devotion to and love for God.

“If you believe how much God loves you, you can change many things. Catherine’s voice is needed more than ever today. The Church is in a time of struggle. The flock has been scattered and people are confused and in doubt. God is purifying us in a way that calls us to new life.

An important part of religious life was the call to love God and all of God’s people. As I travel around, I see that people are hungry for a voice of truth, like Catherine’s, something that makes their faith relevant. I feel that she has a voice that says, ‘Don’t give up on the Church. Believe in it, its struggles and pain, and be a part of making a difference.’ ” - Sr. Nancy Murray 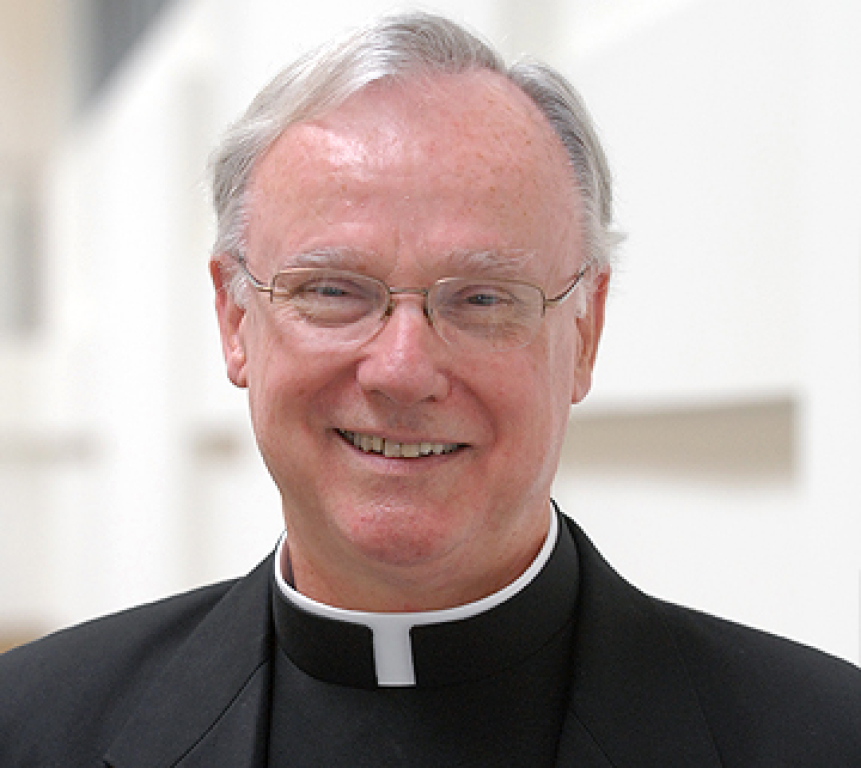 Monday, February 10, 2020 at 6:30 pm in the Church Hall, followed by a reception sponsored by the Catholic Theological Union.

The most remarkable change in the Catholic Church in the last 50 years is its renewed appreciation of the role of the Bible in Christian life.  For many years the Church was concerned that exploration of the historical background and original context of the Bible would be a threat to Catholic faith.  But especially through the renewal of the Second Vatican Council, the church has rediscovered the life-giving and liberating power of the Scriptures.  That turnabout was spearheaded by a remarkable Catholic biblical scholar, Raymond Brown.  The presentation at St. Williams will highlight Brown’s unique role in the Catholic church of the twentieth century and the impact of his work on our church today.

Rev. Donald Senior, C.P., is President Emeritus and Chancellor of Catholic Theological Union in Chicago (CTU), the largest Roman Catholic graduate school of ministry in the United States, where he is also a member of the faculty as Professor of New Testament.  Born in Philadelphia, he is a member of the Passionist Congregation and was ordained a priest in 1967.  He received his doctorate in New Testament studies from the University of Louvain in Belgium in 1972, with advanced studies at Hebrew Union College in Cincinnati and Harvard University. He served as president of CTU for 23 years.  He is a frequent lecturer and speaker throughout the United States and abroad, serves on numerous boards and commissions; and is actively involved in the interreligious dialogue, particularly with the Jewish and Muslim communities.

Fr. Senior has published extensively on biblical topics, with numerous books and articles for both scholarly and popular audiences.  He was the recipient of the National Catholic Library Association’s 1994 Jerome Award for Outstanding Scholarship and the 1996 National Catholic Education Association’s Bishop Loras Lane Award for outstanding service to Catholic education.  In 2013 he received the O’Connell-Douglas Award for his contribution to interreligious and ecumenical harmony, and the Gutenberg Award for biblical scholarship. In 2014 he was awarded the Order of Lincoln Award, the State of Illinois’ highest honor for public service. He is past President of the Catholic Biblical Association of America (1997-1998), of the Association of Theological Schools of the United States and Canada (2007-2009) and of the Council of Religious Leaders of Metropolitan Chicago (2012-14).  In 2001, Pope John Paul II appointed him as a member of the Pontifical Biblical Commission and he was reappointed in 2006 by Pope Benedict XVI and by Pope Francis in 2013.

"Lent: A Time to Loose the Weight of the World" - A Morning of Reflection

Sr. Janet Schaeffler, OP, returns to St. William for a morning of spiritual reflection and prayer.  Open to men and women who want to get their hearts and minds ready for Easter, this morning promises to help us see with the eyes of God.
Sr. Janet is an Adrian Dominican Sister who has spent many years in parish and archdiocesan catechetical ministry, most recently as the Director of Adult Faith Formation for the archdiocese of Detroit.  You can find out more about her experience, accomplishments and awards on this website.
Back to Top Share this page on